Tonight we will hear from MasterWorks alumnus Abby Yeakle, who was recently awarded a Fulbright grant to study Viennese Oboe in Austria. 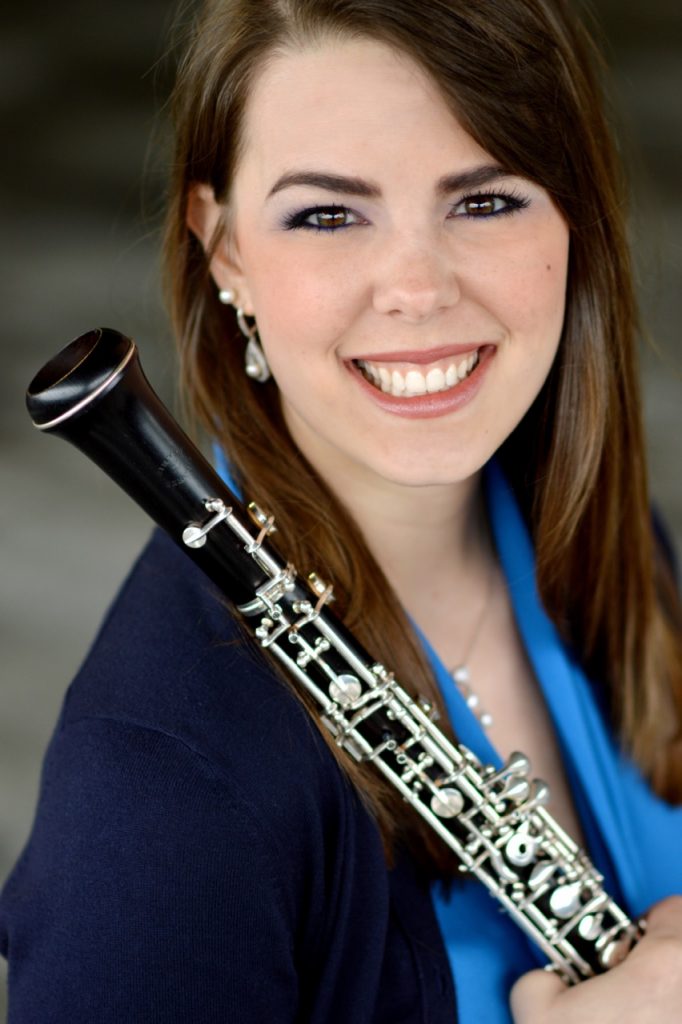 When and how did you get interested in playing the oboe?

In 6th grade, I was in a class of 40 beginner clarinets. My band director noticed that I picked up the instrument very quickly, as I had won the first chair test, and told me that he wanted to switch me to the oboe. I didn’t know what the oboe was, but he assured me that there were fewer oboists in the ensemble than there were clarinetists. Desperate for a less competitive atmosphere, I agreed to switch. I finished the school year on clarinet, and began learning the oboe at the age of 12 the summer before my 7th grade year.

What first drew you to MasterWorks? How has MasterWorks influenced your life and your art?
My undergraduate oboe professor, Dr. Doris DeLoach, had told me about MasterWorks. She used to teach at the Festival, and recommended that I apply/audition for Summer 2012. After researching MasterWorks a little more, I was very impressed with what I learned about it. I was excited that there were two orchestras, both playing incredible repertoire. Moreover, I was excited about the idea of a Christian music festival, as I feel that it is sometimes harder than it should be to find Christian friends and colleagues in this field.

You have attended three different universities as you progressed from Bachelors to Doctorate in music. What advice can you offer to students wanting to study music in college?

I attended Baylor University for my Bachelor of Music Education, the University of Colorado-Boulder for my Master of Music, and now the College-Conservatory of Music at the University of Cincinnati for my Doctor of Musical Arts. What you might not know is that my Graduate Assistantship at the College-Conservatory of Music is in the CCM Admissions office as an Admissions Ambassador. I have a lot of experience on both sides of the equation: both the audition/application/education-seeking side, and the administrative/admissions side. For anyone reading this wanting to study music in college: I say, if you love music, then go for it! The best advantage you can give yourself when auditioning for a school is to get a lesson with the teacher beforehand. Even if you can’t afford to visit the school ahead of time, email the professor and ask if you can get a lesson the weekend of your audition. The opportunity to show the professor that you are teachable will be best way to get your foot in the door. Professors are not only looking for talent, but also for a teachable student; someone who can respond to instruction, apply their comments, and work hard.

What composers or pieces inspire you as a musician?

How can you chose just one? I think I would have to say Benjamin Britten. Britten contributed 4 works to the oboe repertoire during the 20th century, which is more than any other composer of that era. While the many great composers of the 20th century ignored the oboe, Britten seemed to favor it. Oboe is the only woodwind instrument for which Britten wrote solo repertoire. Moreover, the only solo instrument of any kind that Britten wrote for more was the Cello. Oboists are indeed grateful to Britten’s contributions of four solo and chamber works for oboe: Six Metamorphoses , Temporal Variations , Two Insect Pieces , and Phantasy Quartet . I have performed all except for the quartet.

You were recently awarded a Fulbright to study the Viennese oboe. What are you most looking forward to in that 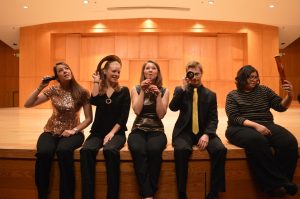 Winning a Fulbright is truly a dream come true for me. I am completely over the moon, because I have worked so hard to obtain this grant, and I’ve finally received it. In order to apply for a Fulbright, you have to propose a project which involves some sort of research or study that you want to do. This is probably what I’m most excited about. My Fulbright project involves traveling to Vienna, Austria in order to learn the Viennese oboe, which is the Romantic period version of the modern Conservatory oboe. By learning the Viennese oboe, I will be able to experience Romantic repertoire on the instrument for which it was originally intended. I believe that this experience will greatly impact how I approach the Romantic repertoire when transferring the applied knowledge back to my Conservatory oboe. I will be the first oboist to conduct this cross application study, and that’s very exciting for me. While in Vienna, I will be taking lessons with Harald Hörth, principal oboist of the Vienna Philharmonic. I will also be
publishing a series of articles about my studies in the Viennese Oboe Society’s monthly journal.

What has God been teaching you at this point in your life?

The process of obtaining the Fulbright grant has been a huge learning process about God’s timing and God’s ways. My first time applying to Fulbright was my senior year of undergrad at Baylor. I felt very called to do apply for a Fulbright in Austria. I can’t explain it, it just felt like that was part of God’s plan for me and my educational path.

I applied with what was essentially the same project, it was just not as strong as my most recent (and winning) application. My prayer throughout the process was that if it were for me, that God would open the doors. I specifically prayed this because I am selfish. I knew if a door were open that I would walk through it, so I didn’t even want it opened if it wasn’t God’s will. I had a lot of issues with the first application. Continually, I would hit what felt like a dead end with my project where I wouldn’t know how to do something, and continually a good Samaritan would swoop in and help me along my way. I felt this was confirmation that doors were being opened. Much to my surprise, I received the “Thank you for your application. Unfortunately, due to the competitive nature of the grant…” email. I was in such disbelief that I kept refreshing my email inbox for a correction email, thinking that this had to have been a mistake.

My roommate at the time had actually ended up receiving a Fulbright grant that same application year, but to a different country. She had applied last minute after learning what it was through me, which as you could imagine made my grieving process even more difficult. She had always been wise beyond her years, and one night she came up to me with a thought that was heavy on her heart. She told me “Maybe God didn’t say no. Maybe God’s just saying, ‘not right now.’” 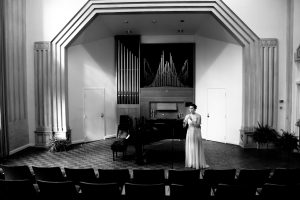 For this Fulbright application year and process, my prayer was the same: that if it was for me, God would open the doors. This time around, all of the weaknesses in my previous application were rectified, and I know that God had a hand in those areas. I have to admit that when I received notice in January that I was a finalist, I was terrified. I thought that this must be an answered prayer, that God was opening the doors, as I hadn’t been a finalist previously. I called my Godmother to say that I was either going to be winning a Fulbright in the upcoming months, or God was teaching me that he wasn’t going to jump when I say jump.

Five years after I first applied to follow this calling, here I am. I’m incredibly proud to call myself a Fulbright Scholar, and I know that I am in God’s will. My roommate had been right, God was not saying no the first time. His timing is the best timing, because now this Fulbright research that I will be doing will also serve as my Doctoral Dissertation project, making it much more impactful than it ever could have been five years ago. He knows what is best for me, and He is good to me.