Tonight   we get a sneak peek at one of the program notes for this summer’s concerts as Jonathan Keener delves into Beethoven’s monumental fifth symphony.

Beethoven uses the famous four-note motive that starts the piece (da-da-da-DAH) in every single movement. In the decades after Beethoven, many composers experimented with tying together the separate movements of a symphony through a recurring motive or theme, but this was a new concept in Beethoven’s day. This motive is most clearly the basis of the entire first movement, a driving rhythm that must have sounded shocking to its first audience in 1808. We also hear the motive (with different pitches) in the second movement in the louder sections, though at a much slower tempo (“short-short-short-LOOOOONG”). The third movement presents the motive more obviously: After a quiet introduction, we hear the horns playing the motive, all on the same pitch, at a loud dynamic. Finally, the last movement’s second theme includes this motive at much faster tempo. The skill and ingenuity with which Beethoven builds a massive symphony on such a simple motive is nothing short of remarkable. 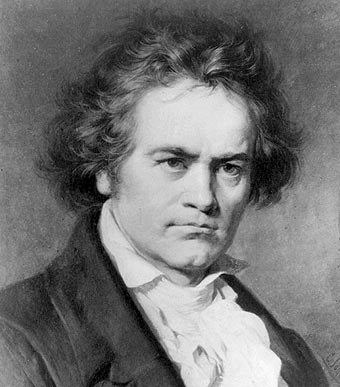 About a decade before Beethoven wrote this symphony, he discovered the unthinkable for a musician: he was going deaf. One can only imagine the emotional toll losing such an integral part of his identity put on Beethoven. It came to a head in the year 1802 when Beethoven wrote his famous Heiligenstadt Testament, a letter addressed to his brothers, but kept to himself and only discovered after his death, that almost reads like a suicide note. In this document, however, Beethoven decided not to take his life, but to struggle on, against the seemingly insurmountable odds of his hearing loss. He was convinced that he could not let the ailment prevent him from achieving his artistic destiny.

After writing the Heiligenstadt Testament, there was a clear change in Beethoven’s music, much of it suggesting a narrative of “struggle and triumph,” and his Fifth Symphony is a memorable archetype of this. The entire first movement is astonishing in its force. It clearly indicates some kind of battle. The opening motive has been described as the “fate motive,” perhaps suggesting Beethoven’s deafness that he had no control over: “Fate knocking at the door.” The second movement is beautiful, but full of yearning and nostalgia, as if Beethoven fondly, but sadly, remembers when he had complete hearing. When we get to the final movement, we are surprised by the stark emotional contrast to the opening movement. The absolute joy we hear in the opening chords suggests that there has been some kind of victory, and it ends with resounding triumph. It’s as if Beethoven laughed in the face of his deafness, knowing that it could not defeat him. 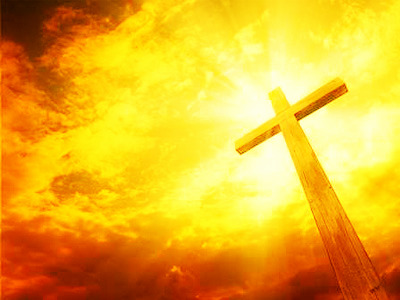 Though Beethoven didn’t specifically write what his Fifth Symphony was intended to represent, it’s hard not to connect it to his personal struggle because of what was happening in his life around the same time. We can also make a spiritual parallel. The Christian life is one often marked by struggle, but in Christ we are “more than conquerors” (Romans 8:37). As the Apostle Paul wrote, we are “afflicted in every way, but not crushed; perplexed, but not driven to despair; persecuted, but not forsaken; struck down, but not destroyed; always carrying in the body the death of Jesus, so that the life of Jesus may also be manifested in our bodies” (2 Corinthians 4:8-10). We can rest in confidence that even when we go through difficult times, the victory belongs to Jesus Christ.