My family has, for the past few years, lived on a piece of land in the country that we nicknamed “The Sanctuary.” The tranquility and beauty of the place leave everyone who visits overwhelmed with the wonder of God’s creation, and it has even made a marked impact in our own family atmosphere to be surrounded by it.

This summer, the school board in our city started construction on a new high school. Their location of choice? A large piece of property in the country—right across the fence from us. My parents had been aware of the plans for the high school and were in negotiations with the school board for quite some time, but in the end the school board denied their efforts towards a compromise, and refused to let them even buy the portion of their property closest to us to act as a buffer.

Even though we knew it was coming, it was still an ugly shock the day the wrecking machines came and started knocking down en masse the beautiful old trees that shaded one side of our land, and tearing up the long grass in the neighboring fields where just weeks before we had taken peaceful evening walks. Our quiet mornings were now punctuated by noises of machinery and falling trees, and the delicate smell of the summer flowers mixed with the pungent odor of newly turned up dirt. Giant mechanical monstrosities scarred the clear outline of our horizon.

It will come as no surprise to say that we were devastated. Especially my parents—it had been their dream to use the place someday as a 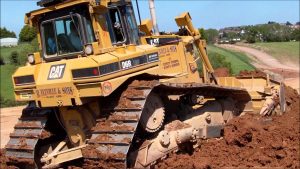 Christian retreat center, and they had prayed hard for this school project to be moved somewhere else. I sometimes saw my dad walking along the boundaries of our property with a sad look in his eyes, silently watching the mutilation of the neighboring land and the impending marring of his sanctuary.  What made all of this worse was that it came at a time of intense conflict between several members of our family, and the pain of the shattered relationships was reflected in the gutted landscape.

One afternoon I was standing in the kitchen of our house, when suddenly I saw an intense orange glow of light on one of the windows across from me, at the front of the house. It surprised me, as I had never seen that happen before, and I looked around to discover the cause. After examining the huge bay windows at the front of the house, I finally realized that the light came from behind me. I looked towards the back door and saw through the window something completely unexpected: the burning glow I had seen was produced by the fiery embers of a sinking sun, pouring light through the straggling line of trees on our side of the fence, which was all that was left of the forest that once had been there. We always had a spectacular view of the sunrise on the east side of our land, but I had never realized that the sunset was partially blocked by the line of trees on the west side. It seems that it took removing something good to get a glimpse of something better, and I was awestruck by the beauty of the colors and the intensity of the light, which managed to penetrate from one side of the house to the other without losing any of its fire.

Suddenly the truth evident in what I was witnessing dawned upon me. We all have “construction zones” in our lives that at the outset seem ugly disfigurements of our ideals. The unexpected disaster, that one area of weakness we haven’t quite overcome, the one relationship that keeps causing problems, that failure that seemed to negate all our hard work, that external interference or persecution that grates on our pursuit of our dreams. And while we do well to address these areas and work to better them, we must never lose sight of the fact that our pain and our apparent failures are vehicles to let the glory of God shine through.

I don’t know what will happen with my family’s situation, but I do know that in Him there is no wound that cannot be used for our good and His glory, no weakness in which He cannot prove His strength. He who took the seemingly greatest tragedy of humanity and used it as a means to draw us into closer communion with Him than we ever could have imagined, will not fail to bring light out of our greatest adversities.

We all have construction zones. Accept your own, and work to make it beautiful—but most of all, watch in awe as His light shines through it. It may be that the wrecking machines will teach you more than the trees. 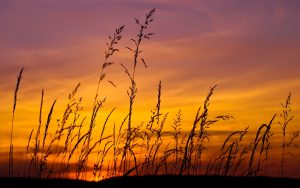 “Ring the bells that still can ring,

There’s a crack in everything—

That’s how the light gets in.”