The temperature is dropping, lights are twinkling along the street, mugs are filled 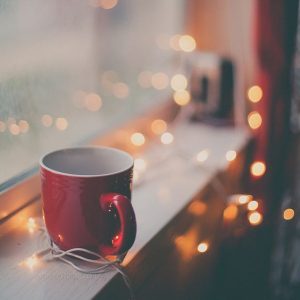 with hot cocoa and cider. It’s beginning to look a lot like Christmas. This season represents my, and many people’s, favorite time of the year.

I was reminded earlier this week of one of my favorite Christmas carols, O Come, O Come Emmanuel. Originally a Latin hymn, this carol has become a staple of my own holiday season. For those not familiar with the song, here is the first, and by far most popular, verse:

That mourns in lonely exile here

Until the Son of God appear

Shall come to thee O Israel.

Immediately we have joined in a prayer for the coming Emmanuel. In singing this carol we are joining with Christians across both the world and the centuries, to look forward to the coming of Christ. Of course, for us in our present time, we know that our Emmanuel has already come in the form of Jesus Christ. For ancient Israel, captive in Rome, this was the first coming of their messiah. For us, so many years later, in a world that is not our own, this is the second coming of Christ in which we will be taken to Heaven to be with Him eternally.

The word Immanuel or Emmanuel is Hebrew for “God with us.” Jesus was literally God among men, and He was the one thing that the people cried out for. At the time of Jesus’s birth, there had been 400 years of silence from God. There were no prophecies, no instructions. Israel had gone from exile in one land to the next, wondering when the promised Messiah would come to them. In much the same way we can look around at the world we’re in and see it growing darker and mounting against us. All that we want (and all that we need) is for God to be with us.

Imagine the state Israel was in as they cry out for their Emmanuel, for God to be with them. They were captive, they were mourning, until the Son o 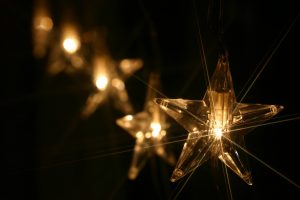 f God would appear. And yet, inexplicably, incredibly, the very next line of the song tells us to Rejoice! Rejoice! For the Son of God will come to us. God came to us on earth from heaven, crossing not only physical boundaries but also spiritual one to meet us where we were. He came to be amidst us and to save us.

Today, 2,000 years later this hasn’t changed, He is still among us. Only now, we don’t have to pray for Him to come back, we know He will, and until such time as He does we still dwell with Him through the Holy Spirit. We have work to do, and a hope that sustains us for right now, not just some vague point in the future. Yes, the Lord will come again, but we have Emmanuel right now, where we are. That was the original gift of Christmas that has carried through until now, and will carry on so long as the Lord tarries. May we truly learn how to rejoice for this joy in times of war and peace, dark and light.