The Humility of Christmas

But you, Bethlehem, Ephrathah, though you are small among the clans of Judah out of you will come for me one who will be ruler over Israel, whose origins are from of old from among ancient times.

We are coming to the end of the advent season of 2016 and I was reminded of the verse above from Micah. Out of Benjamin would come the 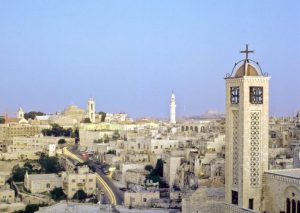 future ruler of Israel, whose origins are from ancient times. The verse is a prophecy foretelling the coming of Christ to the humble town of Bethlehem.

While Bethlehem now dominates our stories with accounts of Jesus and David, the town was a rural community from Benjamin, the smallest tribe of Israel that had little importance when compared to major cities such as Jerusalem or Jericho. Indeed, it is no surprise that Mary and Joseph found no room in the inn at a city so infrequently visited. And yet, this generally insignificant town was the home to the two greatest leaders of Israel – King David, who ushered in the golden age of Israel’s kingdom, and Jesus Christ, who would redeem the people of Israel, and the entire world, from their sins.

This verse, unlikely as it was, was enough to convince the Magi as to the location of the coming Messiah, as Herod sent them to this small town in Matthew 2:6. There they found Jesus as a child and worshipped him. These Magi (or wise men) of the east would have been wealthy and well learned. Upon visiting Jerusalem they were able to call on king Herod for an audience without trouble. And yet, when they saw this child, born to a poor family in a small town, they didn’t question his sovereignty. Jesus, the one who had formed the universe and all that was within it, did not make his entry with trump and horn (or even, hard as it is to believe it, a good production of Handel’s Messiah) but with the noises of animals in a dirty stable.

Remember that Jesus was the one along with his Father that had laid these plans in the first place. Before time began he had decided to precisely what would happen. He waited 9 months, forming himself of himself in the womb of Mary after leaving his home in Heaven above. This was a God, the only God, coming down to the lowest state of his own creation for the redemption of that creation. He laid aside his position, laid aside the honor that should have been given him, took up the humblest position he could have, all so that he could save his own creations who had spurned him. 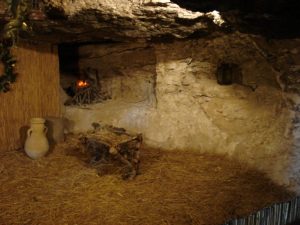 Christmas is only days away, and we will each likely be swept up in the flurry of presents or parties or securing those last minute plans, but as has been said before, do not forget the reason for the season. Beyond lights or presents, beyond arguments over whether December 25th actually has any significance, beyond tradition or rules or expectations, remember what Christ did for us. Take some time to read Luke 2, but don’t forget about Luke 23 while you do. Jesus, our God, became our saviour in the most humble manner of literal self-sacrifice possible. This was not in an attempt to seek praise, or to look better in the long run. This was not because he knew all of mankind would suddenly convert and do everything he said. Jesus, God, has nothing to gain, he is already the supreme deity of the universe. Everything he did was for us, his creation, so small and insignificant in the grand scheme of everything he made, but so important to him. May we all keep that in mind this Christmas.

From all of us here at MasterWorks, we pray you have a merry Christmas!